The Search for the Grave 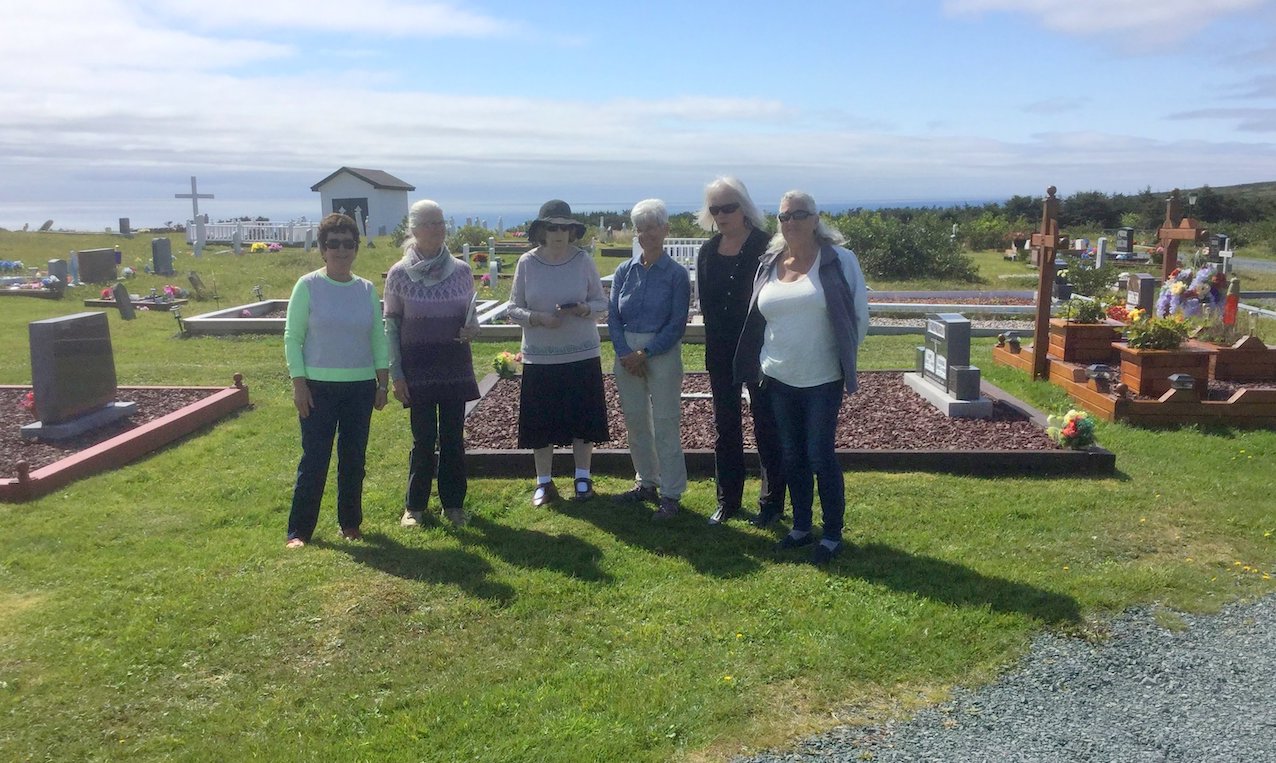 It has always been a great sadness to Henry Quick's family that he died so tragically, so far from home, and that none of his family had ever managed to visit his grave. For one thing, no-one had been able to establish exactly where it was.

At last, in September 2018, four of his great great grandchildren - four sisters - met together in Newfoundland to continue the search. With a great deal of help from local inhabitants we were at last able to find the exact spot he and his crew lay.

It had been passed on to us from our great great Aunt Nellie that he had been buried at Holyrood cemetery. One family friend, travelling to St John's several years ago, was asked to see if they could find the grave, but they found no clues at Holyrood.

And why would he be buried so near to St John's and so far away from the scene of the disaster? To add to the confusion the newspaper reports had said the bits of wreckage had been found washed up in Gull Island Cove and there is a Gull Island in Conception Bay way up in the north. But then my husband found the vital piece of missing information: until the year 1910 St Vincent's, right by Gull Island Point and Peter's River in St Mary's Bay - had been known as Holyrood.

In an aerial photo I spotted what could be a cemetery just above St Vincent's. In 2015 I travelled from England where I now live to Newfoundland to investigate. My Newfoundlander friends Bill Hillier (see Historical Background on page 6) and Dean Martin drove me round the Irish Loop, 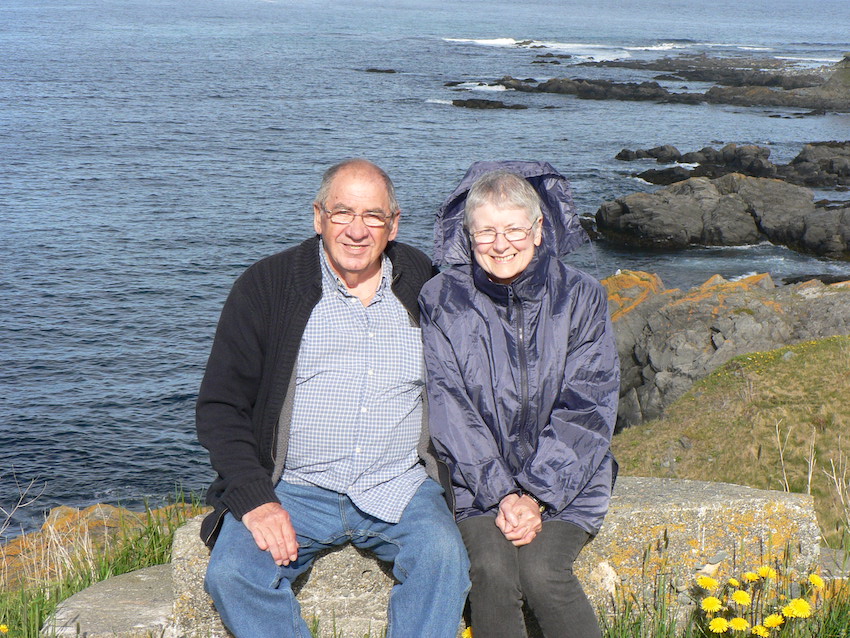 and we found the cemetery at St Vincents, which until 1910 would have been known as the Holyrood cemetery. We had a good search but did not find the headstone. Bill said it had likely fallen over and got submerged, given the texture of the soil there.

We were sure there at least had once been a headstone, because of this in a letter from Job Brothers in July 1881, addressed to Henry Quick's daughter, our great great Aunt Nellie:

" ... I am in receipt of yours of the 4th having reference to the past great sorrow which has befallen you in the loss of your respected Father.
We had prepared and ready on the opening of navigation in the Spring the Memorial Stone which previously was referred to - and it was taken charge of by Mr Wm St Croix a respectable person, some time doing business with us and from this circumstance your late Father was known to him.
The Memorial Stone has been properly and carefully placed at the Grave, and bears the following inscription:
[SKETCH OF CRUCIFIX]
Erected in memory of Captain Henry G Quick of Teignmouth, England, and the Crew of the Brigantine "Isabel" - lost at Gull Island 22nd February 1881
In the midst of life
We are in death ... "

But I wanted to be absolutely certain this really was the right cemetery. I knew it looked very very likely but I couldn't help wanting actual proof. I had phoned the place where its records are kept, but was told there had been a fire since 1881 and nothing had survived for that date.

Due to stupidity I was unable to hire a car (no credit card!) to return to the bottom of The Irish Loop to investigate further at that time but I loved St John's, the historical archives in the university, and in The Rooms with its spectacular view down onto the harbour where Henry Quick would have sailed in and out of St John's so many times, and I vowed to make a return journey.

In 2017 my sister Pam and her husband Robert took their campervan to Newfoundland and had a more intense search but likewise found nothing. But she and husband Robert started chatting with Mary and Shirley Fleming at the Holyrood Pond Interpretation Centre cafe, near to where Peter's River flows into St Mary's Bay, and they seemed very interested in the story. 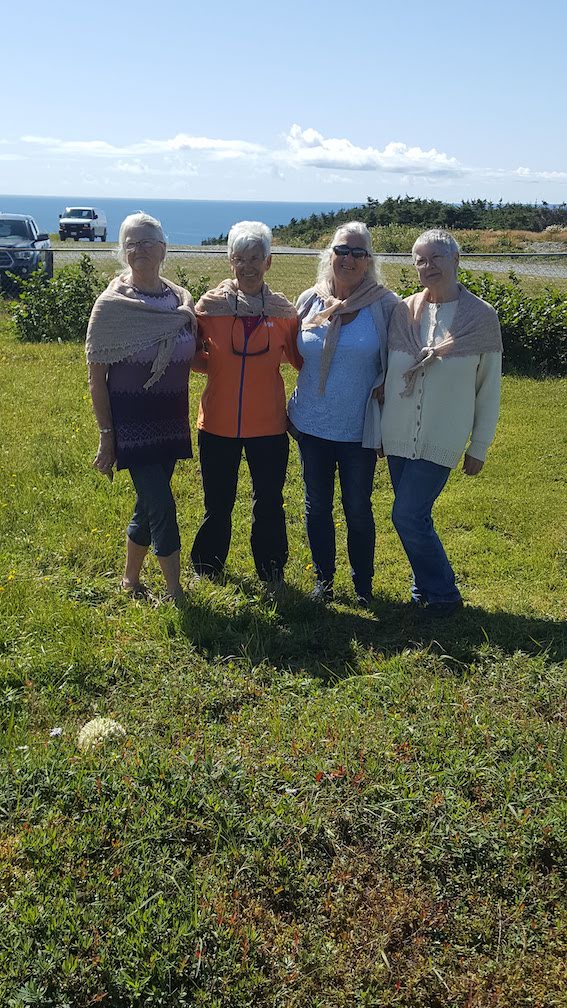 Kenna. Pam, Anne Marie and me

When the four of us sisters returned to the Interpretation Centre Mary immediately made a phone call to Bernadette Stamp, whose late husband Patrick was a descendant of Thomas Stamp, one of the two guys who found the remains washed up in Gull Island Cove in 1881 and had given the crew a respectful burial. Bernadette confirmed that the story of the wreck and of Captain Quick was a story which had been handed down in the family ever since. This was the best proof anyone could wish for. Living memory to me is better than written records. We certainly did have the right cemetery.

She said also that the crew had initially been buried outside the perimeter of the cemetery because their religion was not known but as the fence had been moved outwards twice in the last fifty years to make the grounds bigger, the grave was now inside the fence but would not be very far from it. 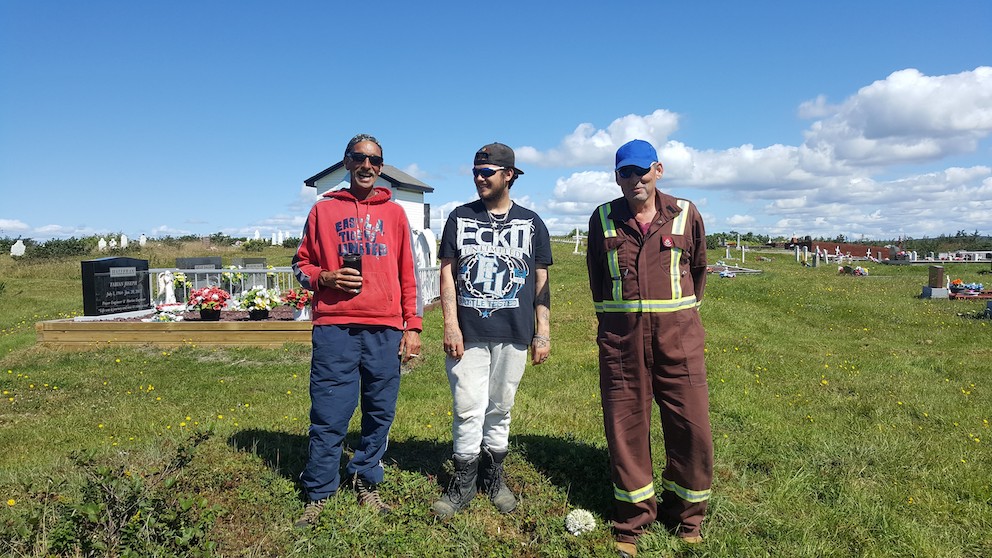 The cemetery was currently undergoing a thorough renovation when we went, and was beginning to look really lovely. Several old previously fallen and obscured headstones had been discovered and made visible but ours was not among them. But it was lovely just being able to be sure our great great grandfather really was there.

Then on our very last trip down there, just before my sisters were to return to Alberta and British Columbia, and me to England, we had arranged to meet Betty Stamp.

When we got there, we heard about an amazing coincidence that had happened. Betty Stamp had been visiting a local shop and had run into two cousins, Rose and Phyllis, who were descendants of the St Croix family. William St Croix had been a friend of our great great grandfather and Job Brother's letter to Aunt Nellie had said it was him who had taken charge of the headstone.

Rose and Phyllis no longer live in Newfoundland, but in two different places from each other, and neither had known the other was going to be in Newfoundland while they were visiting there. And neither had known they would be meeting up in the shop that day. When they got there, after exclaiming over the coincidence of finding each other there, they overheard Betty talking about the four sisters who had come in search of their ancestor Henry Quick's grave. And they were stopped in their tracks.

The chance meeting of these three people was a triple coincidence.

It turns out that when Rose and Phyllis were young children they used to play together, and go fruit picking in a certain field near the cemetery and when they'd had enough of that they used to say "Come on, let's go and find Captain Quick!" And they'd run up to the fence outside of which our headstone had lain, flat on the ground, 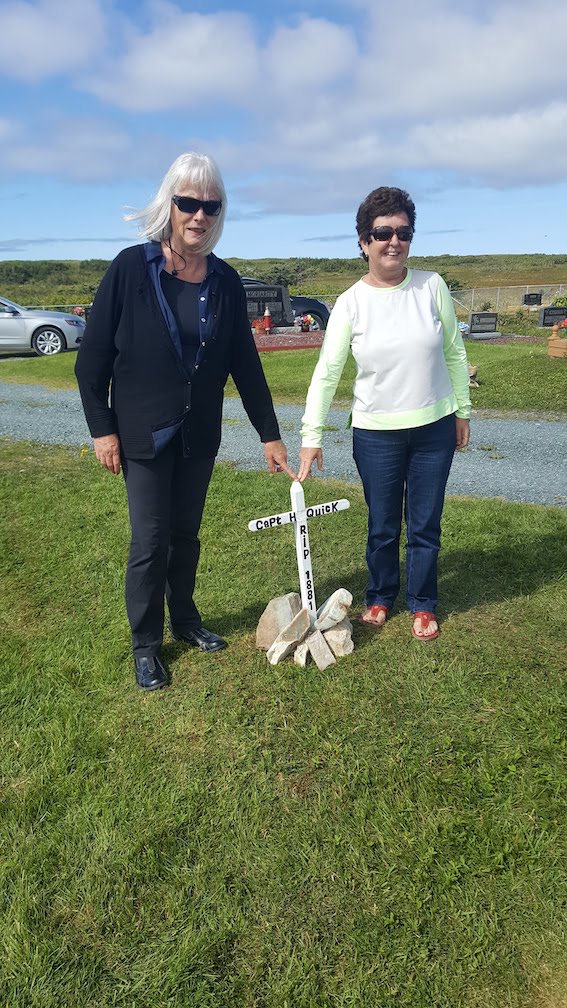 and increasingly becoming covered in earth and dust. They'd brush the bits off the gravestone and read the inscription. And they knew just where this used to happen.

And that's how we discovered the spot. We all went up to see it, and sisters and I were presented with a wooden marker by the committee for the site renovations, and the two St Croix cousins agreed just where it should be put. Mrs Gibbons arrived to help as well, which was perfect, as now we had descendants from Henry Quick, descendants from William St Croix, a member of Thomas Stamp's family and now one from Patrick Gibbons' family - these last two being the people who had discovered the remains on the beach back in the day, and carried them up to the cemetery and given them a Christian burial. 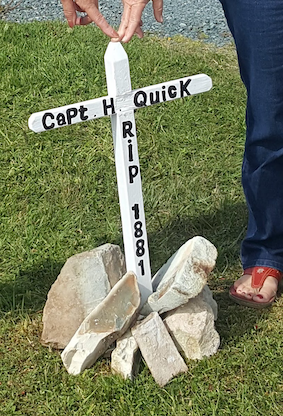 The photo below is of sister Kenna on the beach that the graveyard overlooks, and gazing over in the direction of Gull Island Cove, where the remains were discovered. The point where Peter's River flows into St Mary's Bay is on the left - that's the official site mentioned on the crew list of the Isabel.